While more women are attending college than ever before, they continue to earn less than their male counterparts, according to an analysis of 2020 Census data from the Women’s Bureau of the Department of Labor. But that’s not true at every university. There are some schools where female graduates actually out-earn men, likely because some schools have popular majors that skew toward heavily female and high-earning professions. EDsmart examined data from the Education Department’s College Scorecard to find which schools produce the highest-earning female graduates compared to male graduates from the same institution 10 years after graduation. For this analysis, only schools that primarily award undergraduate degrees were included and gender determination was based on binary classifications from school records. In the event of a tie, the school with the highest median salary overall was used.Median earnings were calculated for students who had received financial aid, were working 10 years out of college, and were no longer enrolled in school. The data is based on wages reported to the IRS via W-2 tax forms. It does not account for variation across programs within an institution, which the Education Department notes may be even greater than earnings across schools. 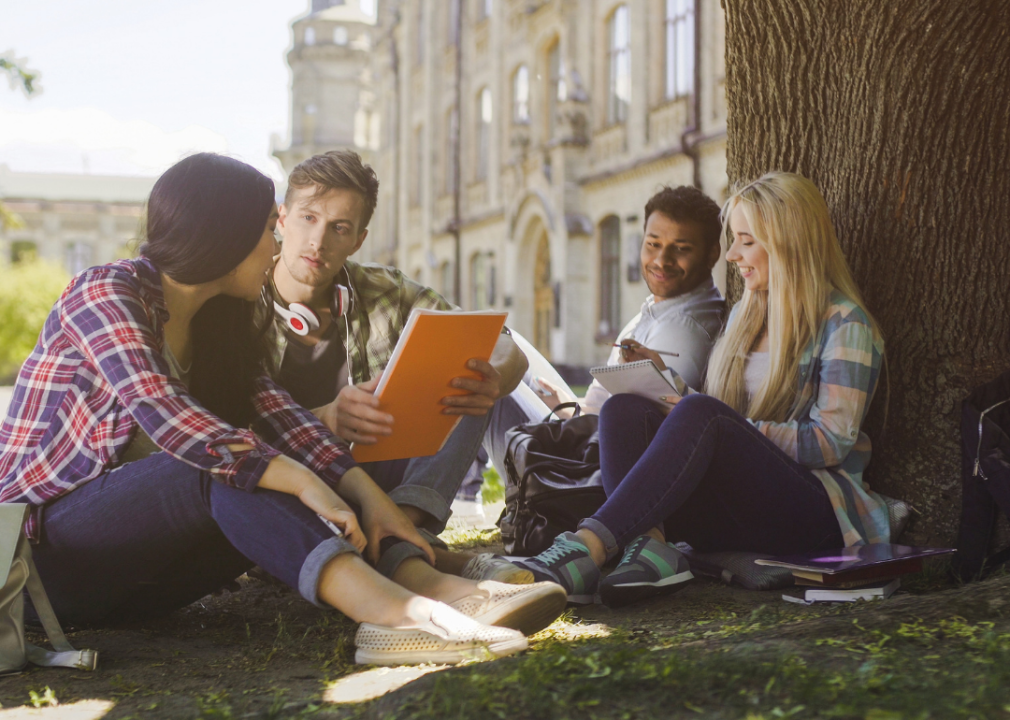 Viterbo University is a private Catholic university in Wisconsin. The university has a long tradition of honoring distinguished female alumnae. In 2020, it awarded all eight of its Distinguished Alumni awards to women. The honorees have a wide range of professional accomplishments. These include a 2012 graduate who has become a Broadway performer—a prestigious accomplishment by any measure. Another is the CEO of an education focused consulting firm, proving that the school has the breadth of educational foundations necessary to lay out a road map for its female alumni to succeed. 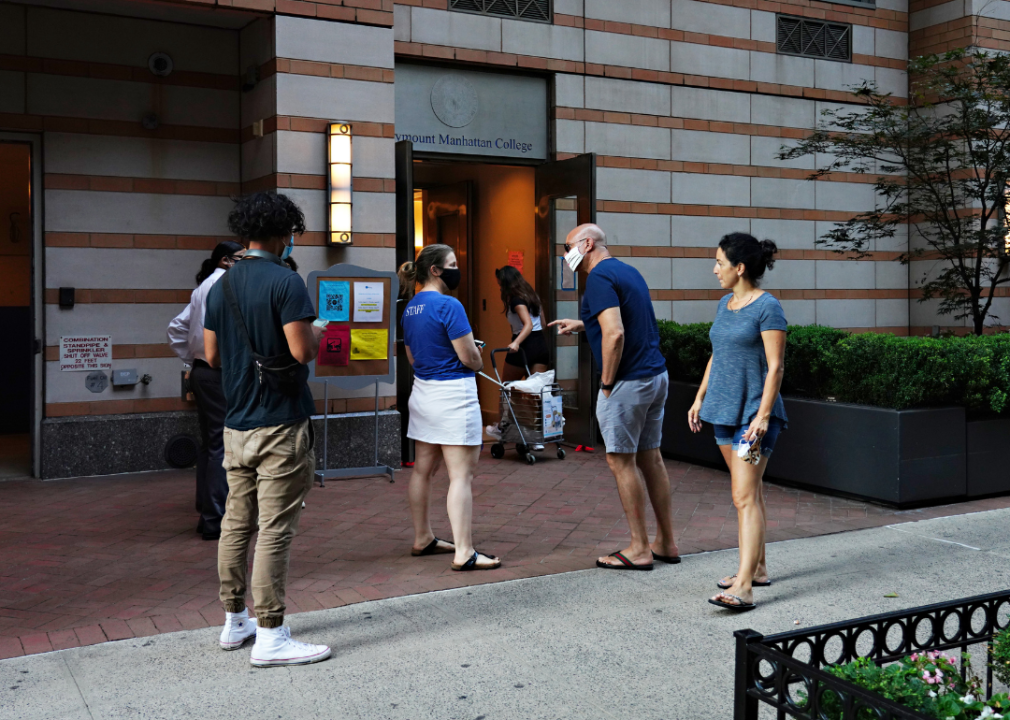 The university began as a two-year women’s college in 1936. It has since expanded to encompass a more diverse student body that includes men and nontraditional students, but it has continued its commitment to fostering the potential and achievement of women. Manhattan is the hub for many fields including finance, politics, arts, and media, so it’s no surprise that Marymount Manhattan College has alums who have gone on to careers in these areas. Among its most successful alumnae who joined the publishing world is Kiley Reid, the author of the critically acclaimed novel “Such a Fun Age.” 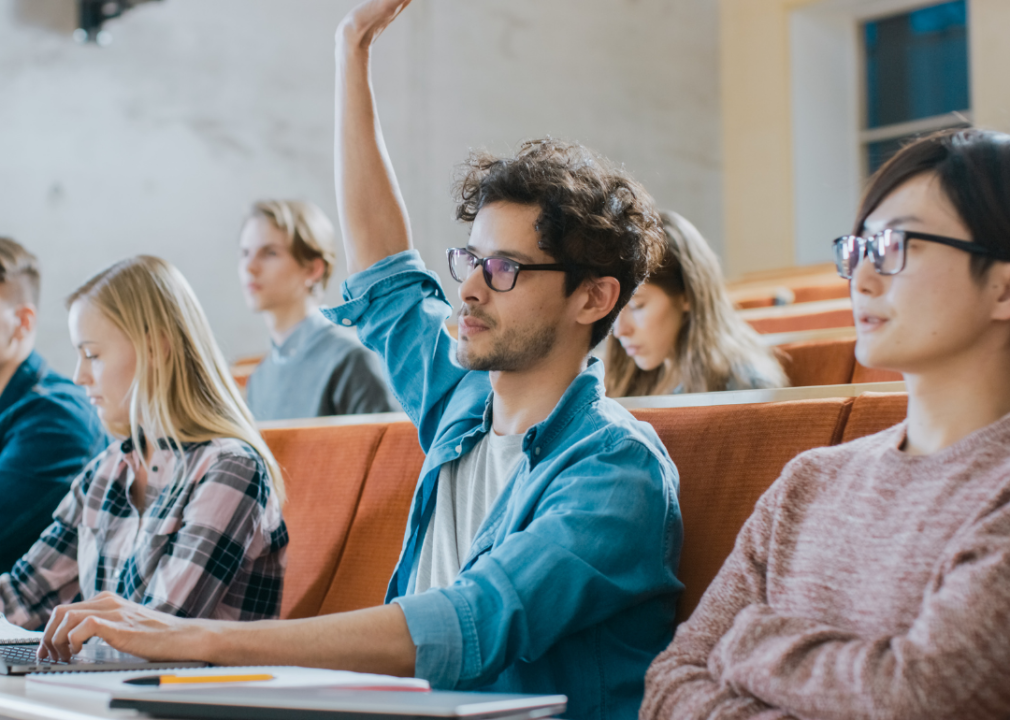 One key stat may explain why Oklahoma Wesleyan University’s female graduates out-earn their male counterparts. The most popular major at the school is nursing—a typically female-dominated profession. It is also highly paid, with demand for nurses soaring and pushing salaries up even higher. This is all good news for the university’s women who choose to go into nursing, and it may have contributed to Oklahoma Wesleyan University’s female graduates earning more than their male counterparts. 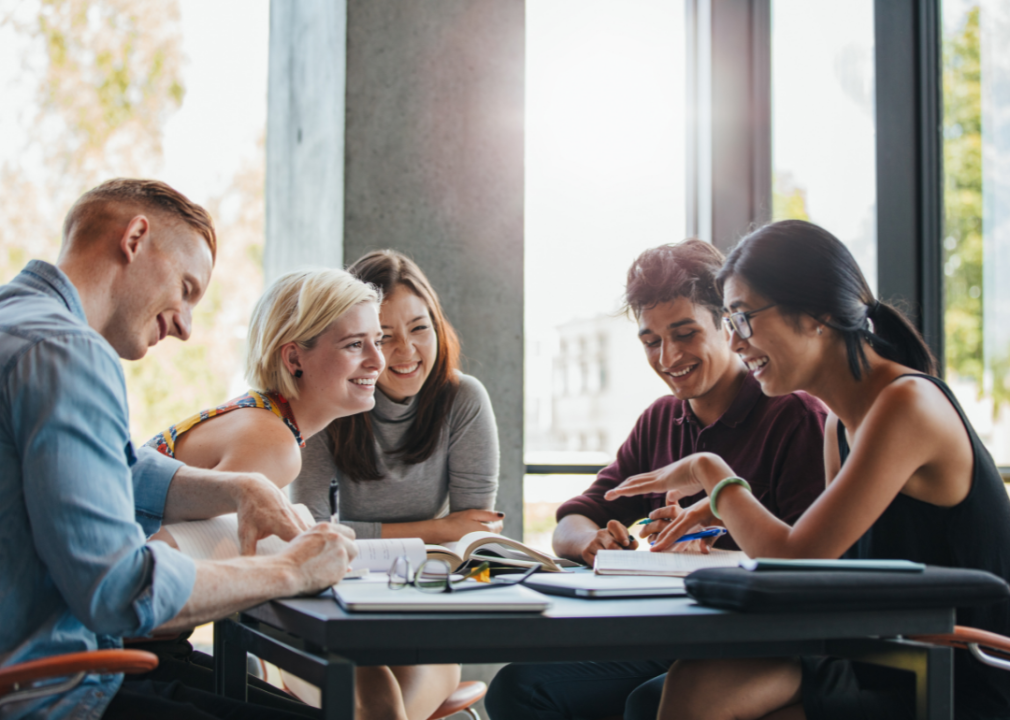 American International College is a private university in Springfield, Massachusetts. The school offers traditional academic majors as well as a number of professionally oriented programs. Among these are degrees in nursing and business. The school also has a rich tradition of sending graduates to work in politics. One notable graduate, Massachusetts state senator Dianne Wilkerson, went on to law school before entering politics—two careers typically associated with steep salaries. 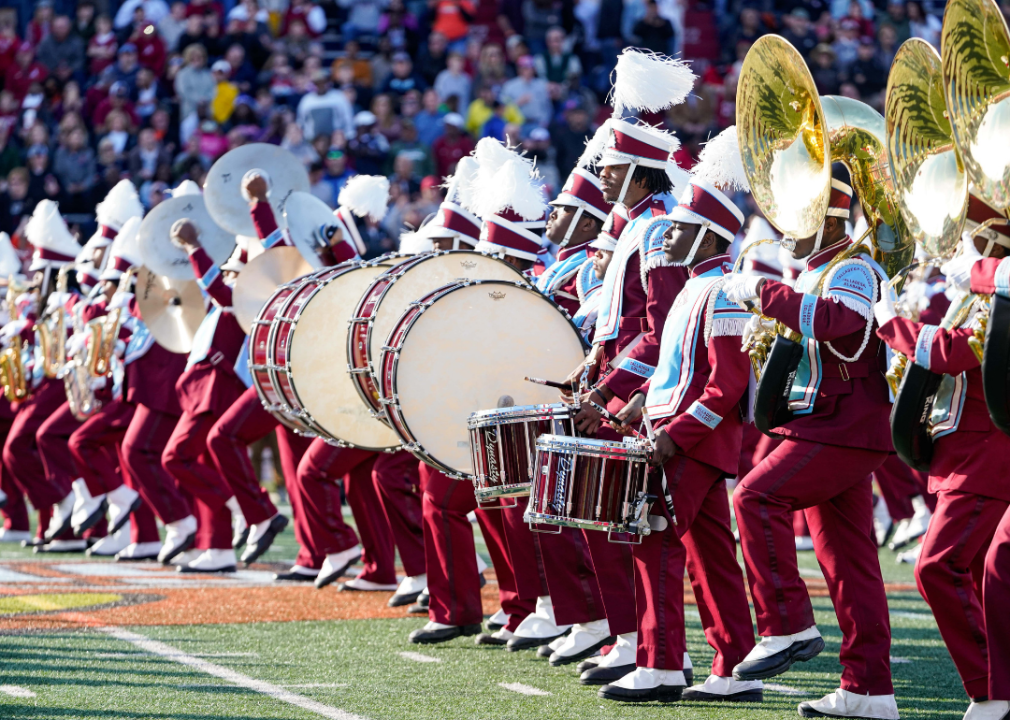 Talladega College is Alabama’s oldest private historically Black college. A number of famous Black female leaders attended the school, which continues to draw women looking to follow in their footsteps. Among these are Margaret Bush Wilson, a barrier-breaking lawyer, and Carol Brice, a famous contralto singer. So no matter what career women pursue at Talladega College, from the corporate world to the arts, many alumnae who came before are showing what‘s possible. 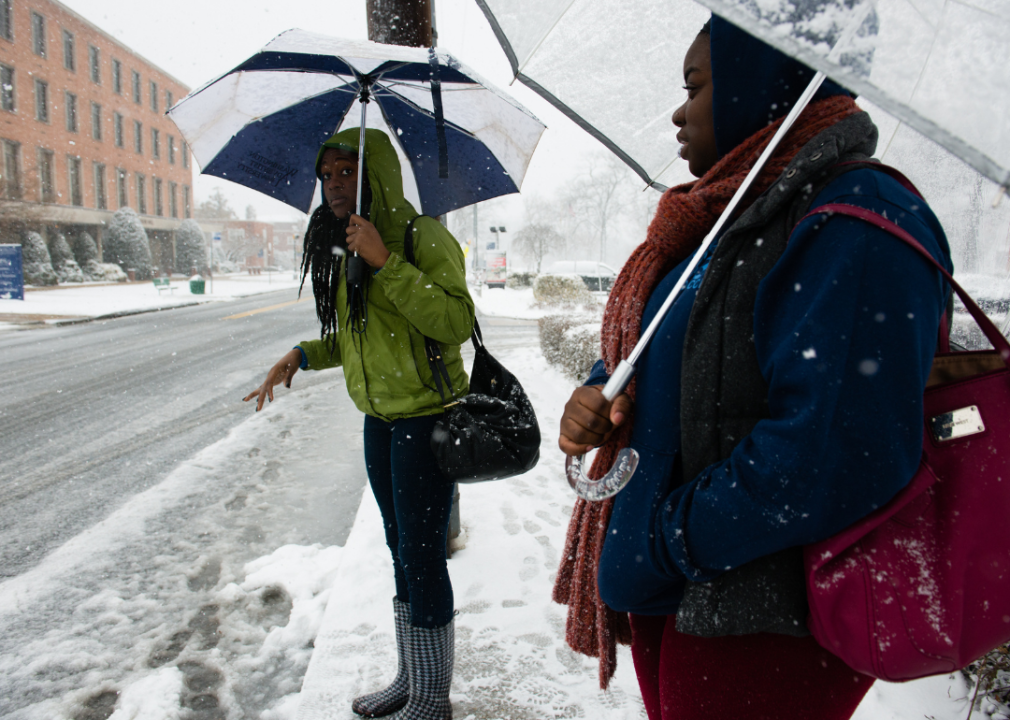 Washington Adventist University is a private Seventh-day Adventist university in Maryland. The school’s most common majors may play a role in determining why female graduates are out-earning men. Among these most common majors are nursing as well as health and medical administrative services. Women are overrepresented in these professions, and due to burnout from the pandemic, those who do choose to stick it out in health care positions are being offered extremely competitive salaries. This may partly explain why female graduates of Washington Adventist are out-earning men. 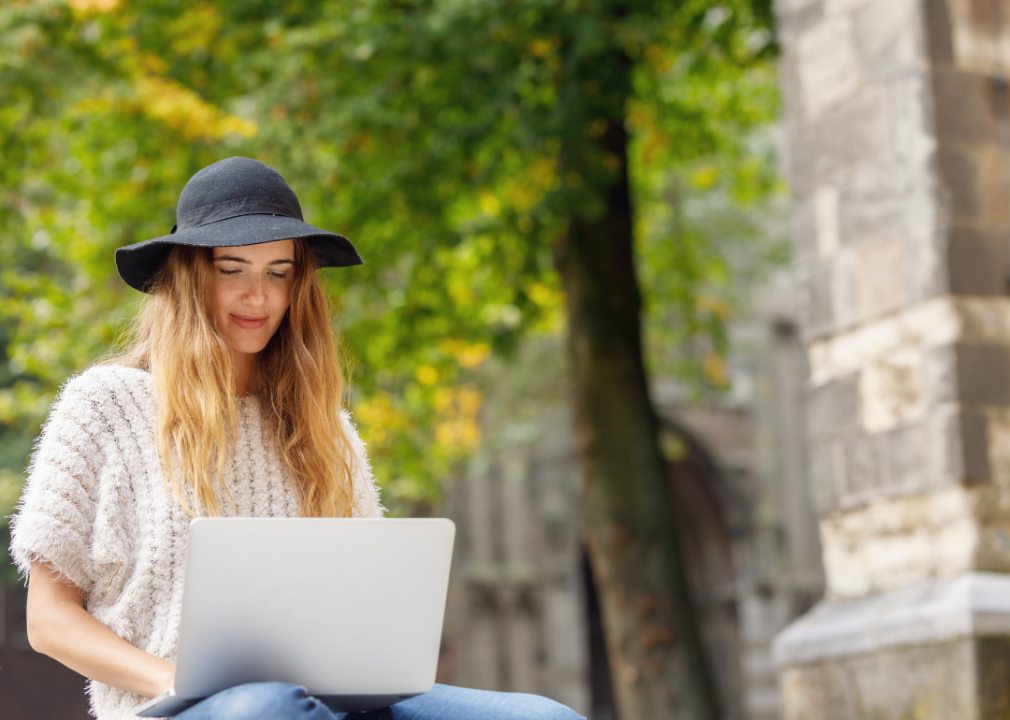 Cumberland University is a private university in Tennessee dating back to the mid-19th century. The school takes pride in preparing its students for their future professional lives. This is particularly true in the education program, which had a 100% success rate with placing students in jobs, according to a 2019 state ranking. Women are extremely overrepresented in teaching compared to men, which may explain why the school has such a good track record for female graduates. 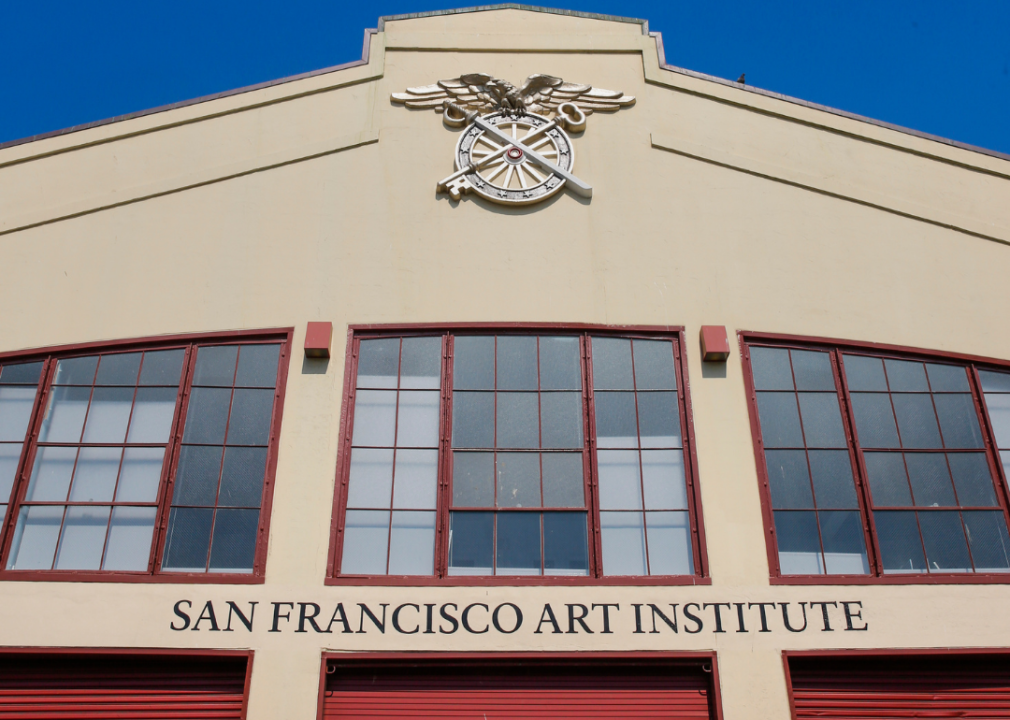 San Francisco Art Institute is a private art school in California. A number of extremely famous female artists attended the school. Among these are director Kathryn Bigelow, who in 2010 became the first woman to win the Academy Award for Best Director. Film isn’t the only medium in which alumni have shined. Painter Joan Brown attended the San Francisco Art Institute and was one of the most famous female painters of the 20th century, with shows at museums like the Whitney. 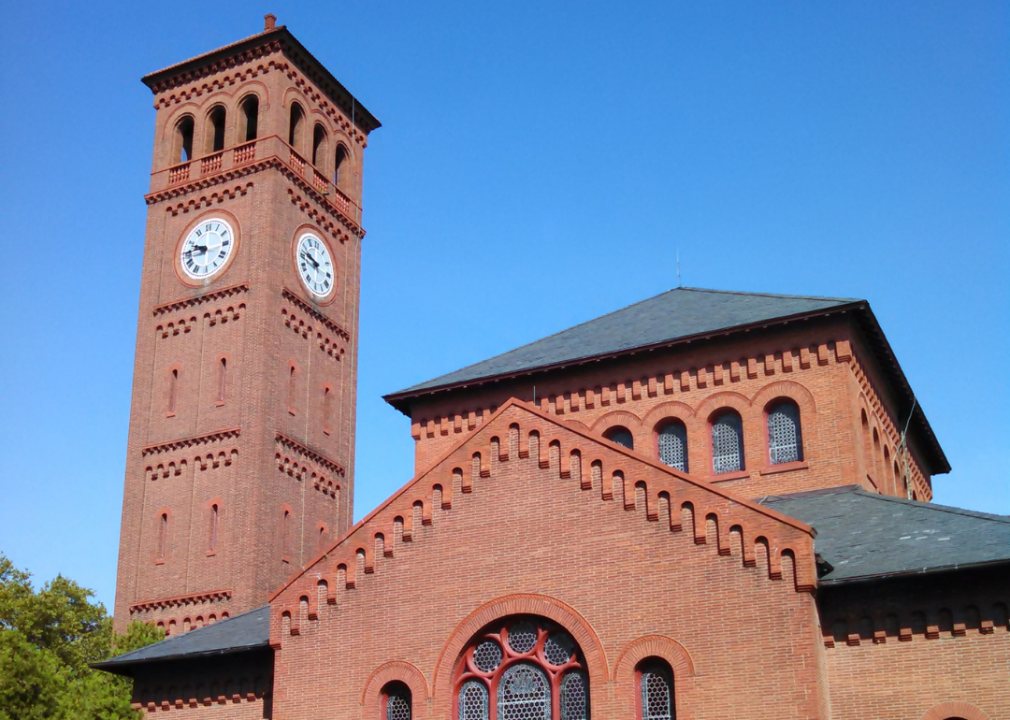 Hampton University is a private historically Black college in Virginia. One of the school’s most common majors is psychology. Far more women than men study psychology and become therapists. Therapy is also a relatively well-paying profession, with professionals earning more than the national average. These two factors may contribute to women out-earning men after graduating from Hampton. 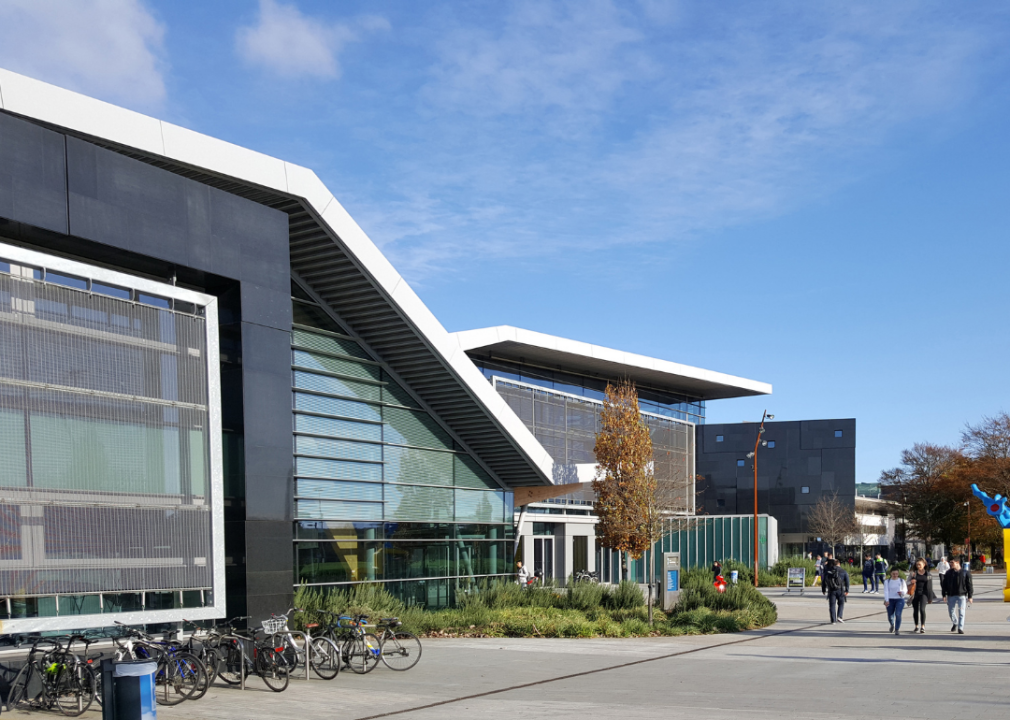 Holy Names University is a private university in Oakland dating back to the mid-19th century. The school was originally established as a convent and only became coeducational in the early 1970s. It still awards nearly three-quarters of its degrees to women vs. men, as of 2020. With such a rich history of cultivating and supporting women, along with its current demographic breakdown, it may be no surprise that women—of whom there are simply more, including more potential high-earners—out-earn men at the school.

This story originally appeared on EDsmart and was produced and distributed in partnership with Stacker Studio.