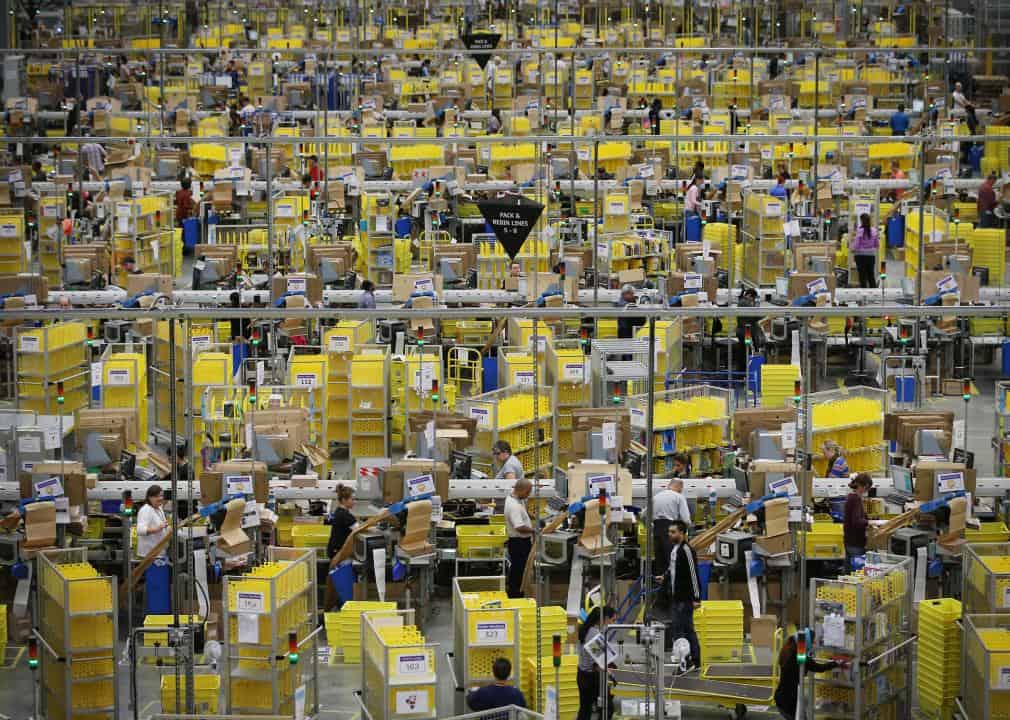 The often unseen tribulations of retail workers were thrust into the spotlight when the pandemic began in 2020. Workers dealt with unruly and sometimes violent customers, demanding manual labor, and the ever-present risk of contracting COVID-19 while most people avoided public exposure during the worst months of the pandemic.Commercials, public health experts, and elected officials held up the workers who operate checkout counters and stock shelves as heroes in American society. But what are retailers like Walmart, Amazon, and Target paying their employees?

In this analysis, Stacker ranked major retailers by the total compensation of their median employee in 2021. Data is included for the 10 largest public retailers in the U.S. based on the most recently reported revenues obtained in Securities and Exchange Commission filings. Companies operate on different fiscal years, meaning the time periods reported often don’t align. All data was provided directly by companies in their SEC filings.

Stacker’s analysis also includes the pay ratio between the CEO and median employee—another metric required by the SEC. Most companies state in their pay ratio disclosures that they may not be comparable to other company pay ratios, as companies use different methodologies.

You may also like: How different generations feel about remote work 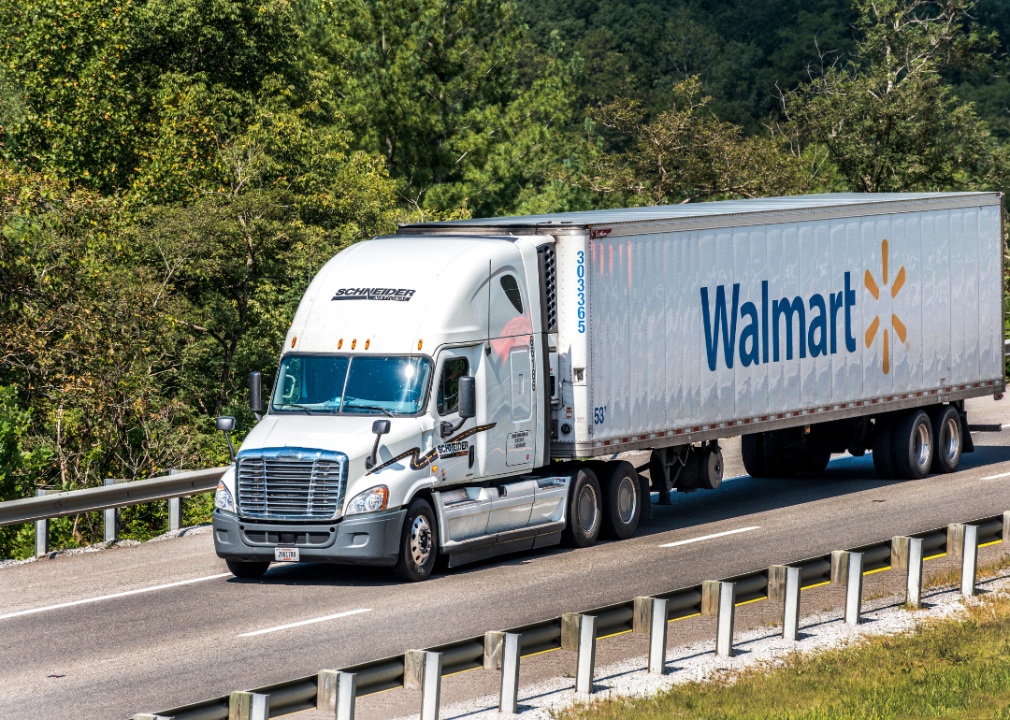 Walmart—the company almost synonymous with “big-box” retail—is a considerable stakeholder in urban and rural economies and boasts one of the largest private U.S. workforces.

Over the past decade, Walmart has faced increased competition from Amazon and others who have pioneered quick-delivery e-commerce services. The Arkansas-headquartered retailer hires tens of thousands of workers every year, and is facing the same challenges attracting and retaining labor as its competitors.

The company has increased wages for its employees multiple times since early 2021, bringing its average hourly wage above $16. 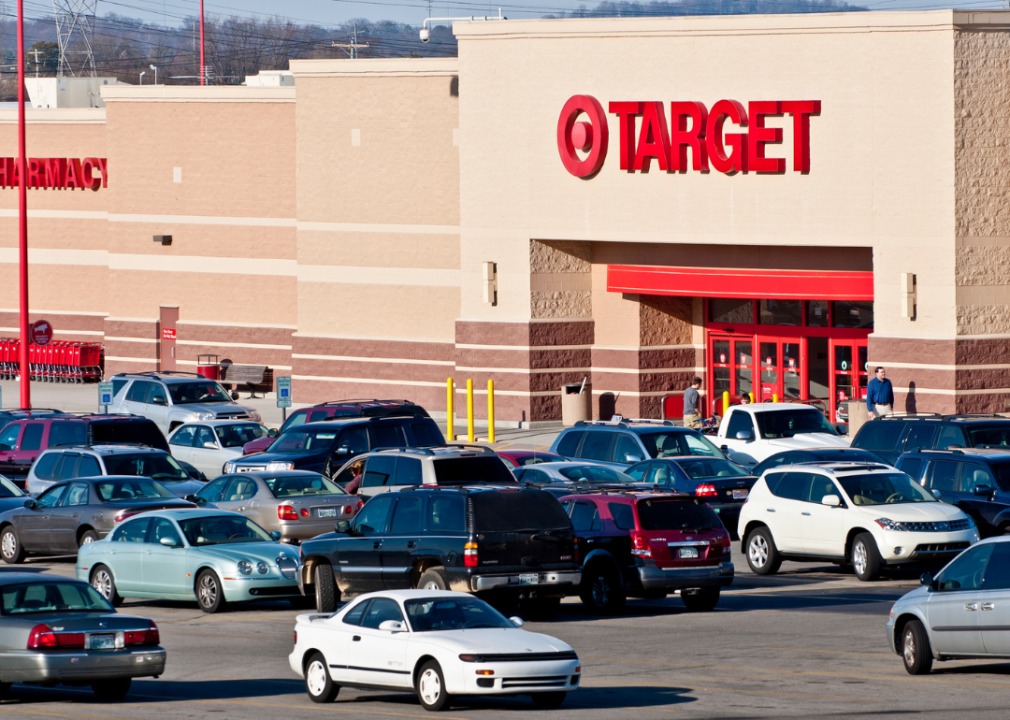 Twin Cities-based Target has almost 2,000 store locations across the U.S. and operates in every single state, as of 2018.

Target gave employees at least half a dozen bonuses in 2021, each totaling $200 to $1,500. The retailer announced in early 2022 that it plans to raise its minimum wage up to $24 per hour depending on the job and employee’s location. 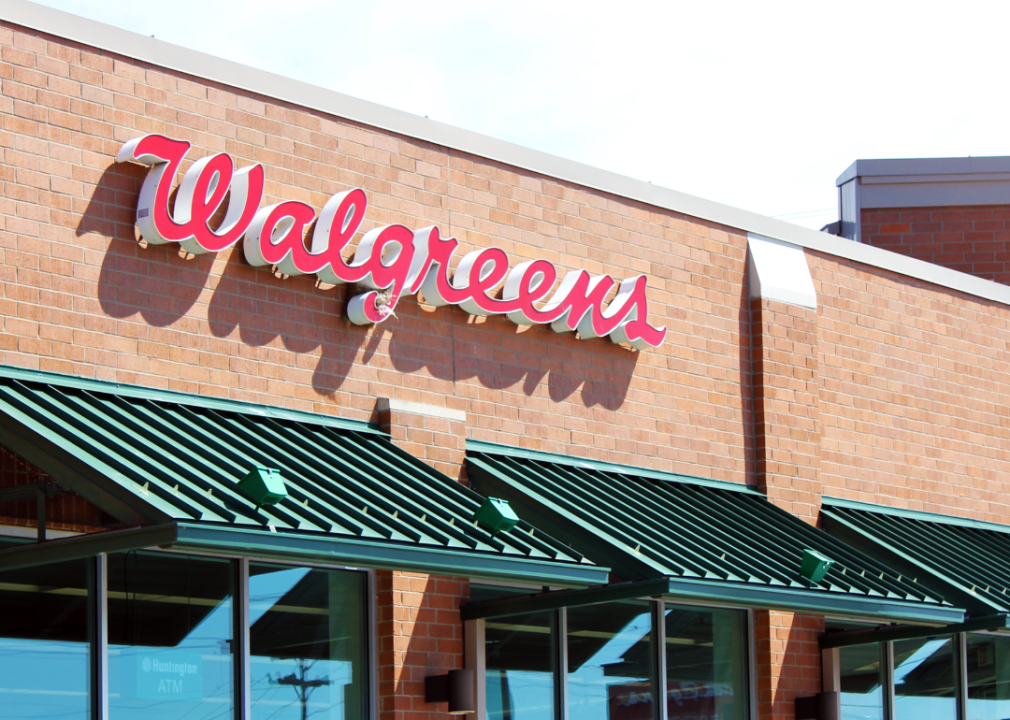 Walgreens announced it would raise all employee’s pay to $15 per hour by November 2022. The company outlined that the increased wages would represent a $450 million investment spread over three years—or about 0.3% of the overall company’s 2021 revenues.

Walgreens CEO Rosalind Brewer is one of just two Black female CEOs sitting atop Fortune 500 companies today. Brewer took on the position in March 2021, overlapping with outgoing CEO and pharmaceutical billionaire Stefano Pessina for several months. The pay ratio of 1,084:1 represents a comparison of the median employee to the CEOs combined incomes in 2021. It also includes one-time sign-on bonuses for Brewer. 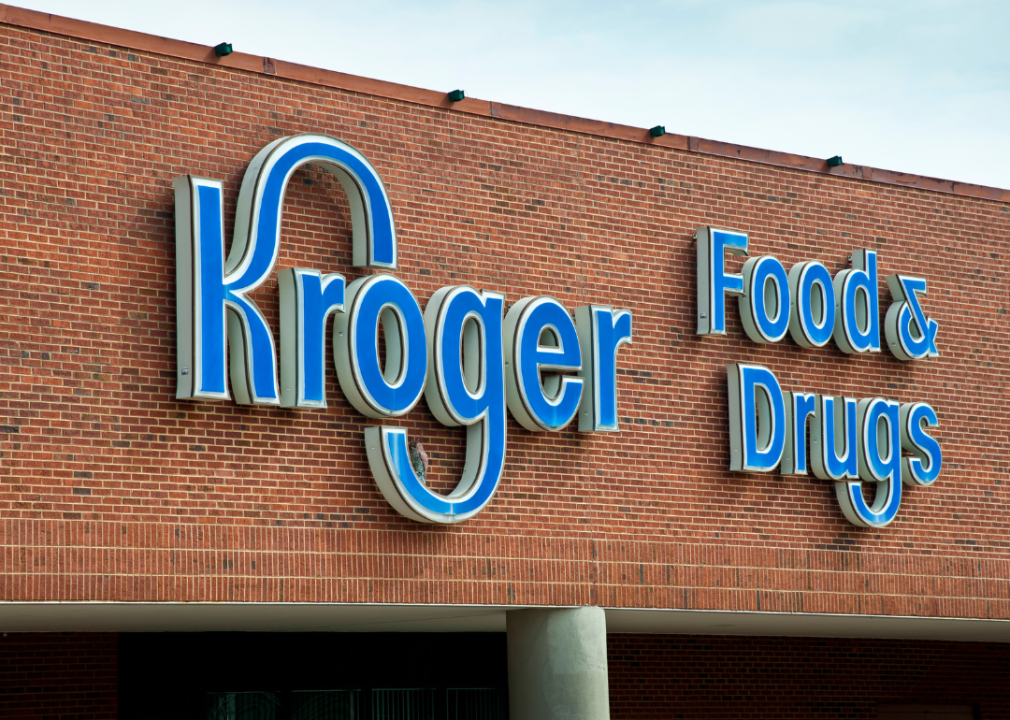 Cincinnati-based grocery behemoth Kroger operates more than 2,700 stores across the U.S. Employees at a number of its locations are represented by the United Food and Commercial Workers union, which includes 835,000 grocery store workers.

In 2021, Kroger began piloting stores that only offer self-checkout registers, converting cashiers at those locations into customer assistants and baggers.

Thousands of unionized workers at Kroger subsidiary King Soopers ratified a new contract in early 2022 that will provide some of its workers with up to a $5 per hour raise in Colorado. It’s important to note that increased pay and benefits negotiated by a unionized subsection of a workforce do not typically mean other nonunion members of the workforce will see their compensation increase similarly.

Kroger’s median employee is a part-time worker, according to the company’s recent filing with the SEC. Kroger claims about 70% of its store managers began as part-time workers. 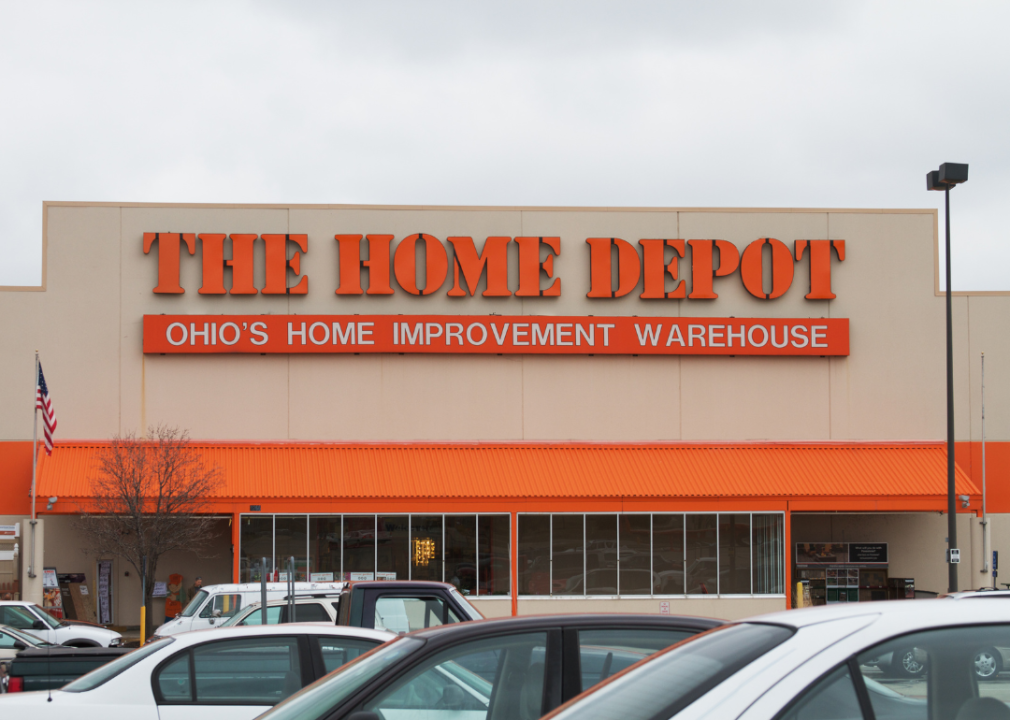 Headquartered in Georgia, The Home Depot employs hundreds of thousands at more than 2,300 store locations throughout North America. In early 2022, the retailer set out to hire 100,000 employees for its busy spring season.

The DIY and home goods retailer profited greatly from 2020’s lockdowns, around which time many Americans chose to spend more money improving their homes. That same year, the company said it would invest $1 billion in employee wages, though never detailed publicly or in filings how that would affect its average hourly wage the way other employers have.

The Home Depot’s median employee in this comparison is a part-time worker, the company said.

You may also like: Inside the chaotic, highly lucrative world of influencer marketing today 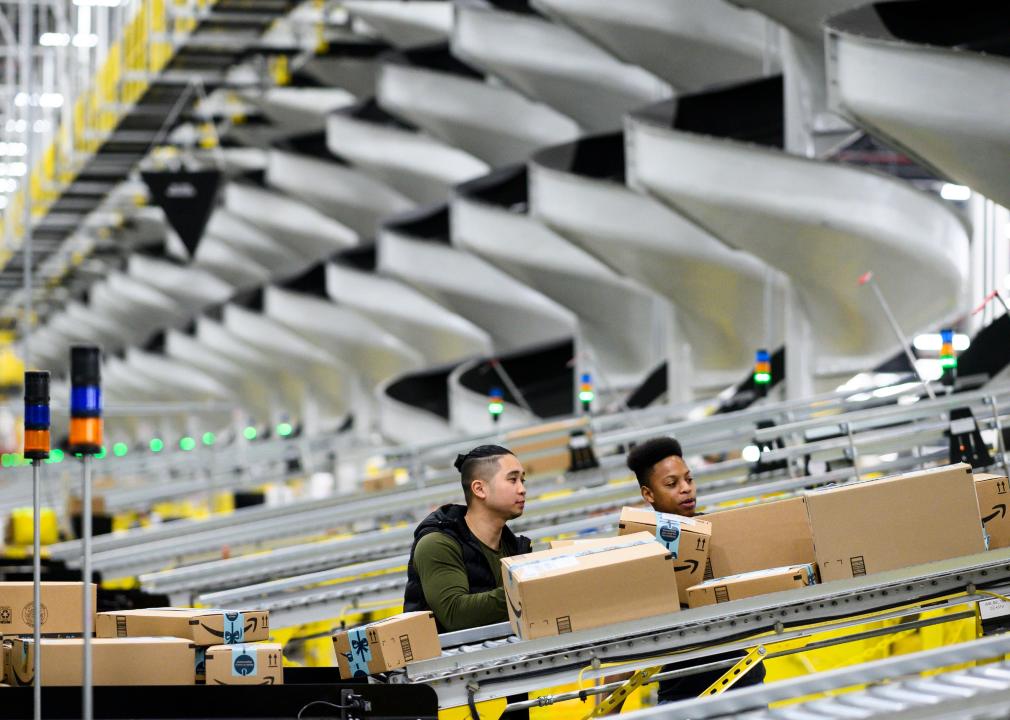 The e-commerce giant’s warehouse, delivery, and fulfillment workers who toil under reportedly backbreaking conditions have recently begun organizing labor drives under the Amazon Labor Union. Those workers are asking for less surveillance, more breaks, and better compensation. It’s typical for the company to experience 100% employee turnover at its warehouses in any given year. Experts tend to associate lower turnover rates with better company culture.

Amazon president and CEO Andy Jassy was elevated to the top role in July 2021 when founder and former CEO Jeff Bezos transitioned into an executive chairman position. Jassy’s compensation package is made up almost entirely of restricted stock awards that vest over the next decade. 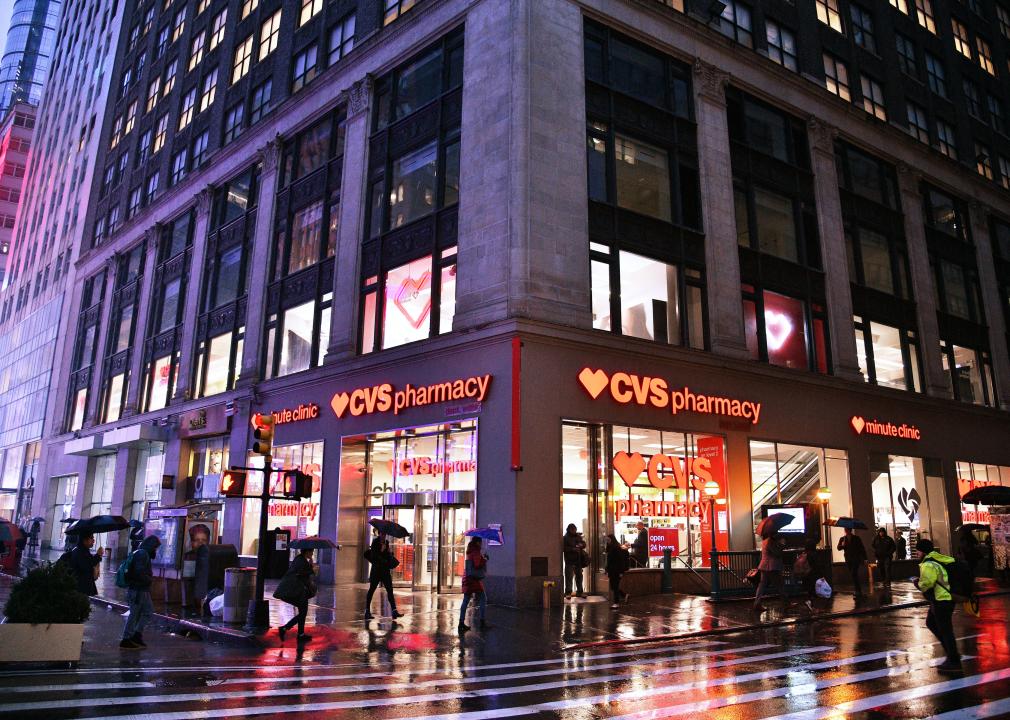 Rhode Island-headquartered pharmacy chain CVS has more than doubled its store footprint over the past 15 years and now operates almost 10,000 locations. In terms of revenues, the company is twice as big as its biggest competitor, Walgreens.

In 2021, CVS announced it would bring its average minimum wage for hourly workers to $15 by July. The company said fewer than half of its employees were making under $15 per hour when the announcement came.

CEO Karen Lynch began in the role in February 2021, and her $20.6 million salary represents what she would have been compensated in one full calendar year, according to CVS. 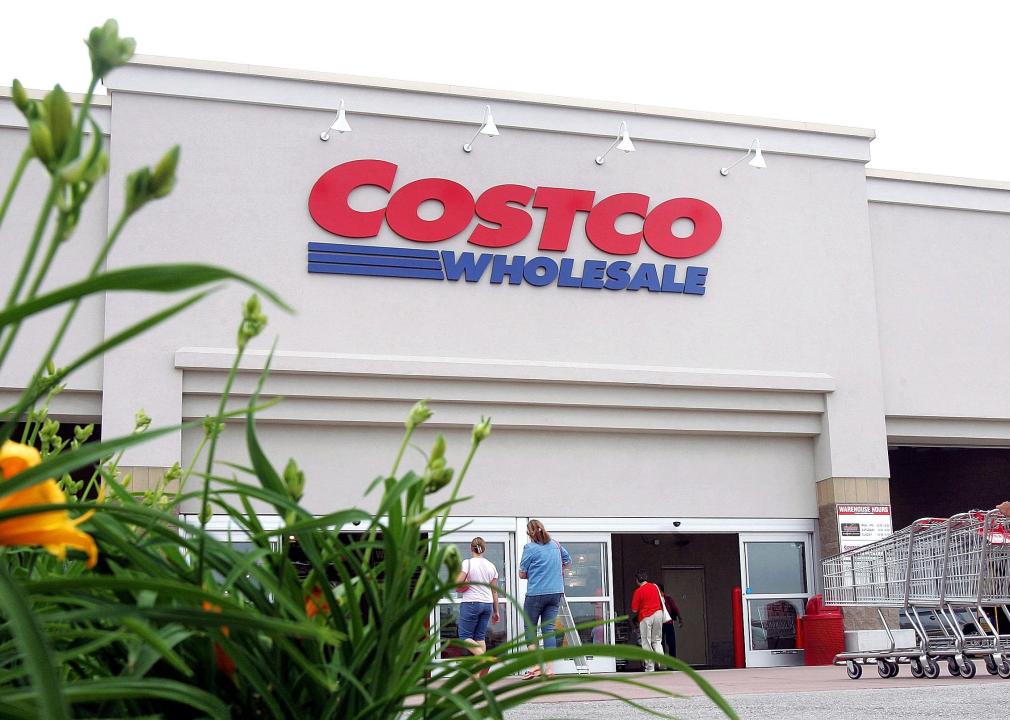 The members-only wholesale retailer has 195,000 U.S. employees across 574 locations spanning nearly every state, with 40% of its global workforce employed as part-time, temporary, or seasonal workers, per the company’s SEC filing.

The company announced twice in 2021 it would raise its minimum hourly pay—first from $15 to $16 in February, then to $17 per hour in October as an attempt to retain workers.

Costco’s CEO is 69-year-old Craig Jelinek. He is compensated 193 times as much as the company’s typical employee, the smallest gap among major retail executives that made this list. 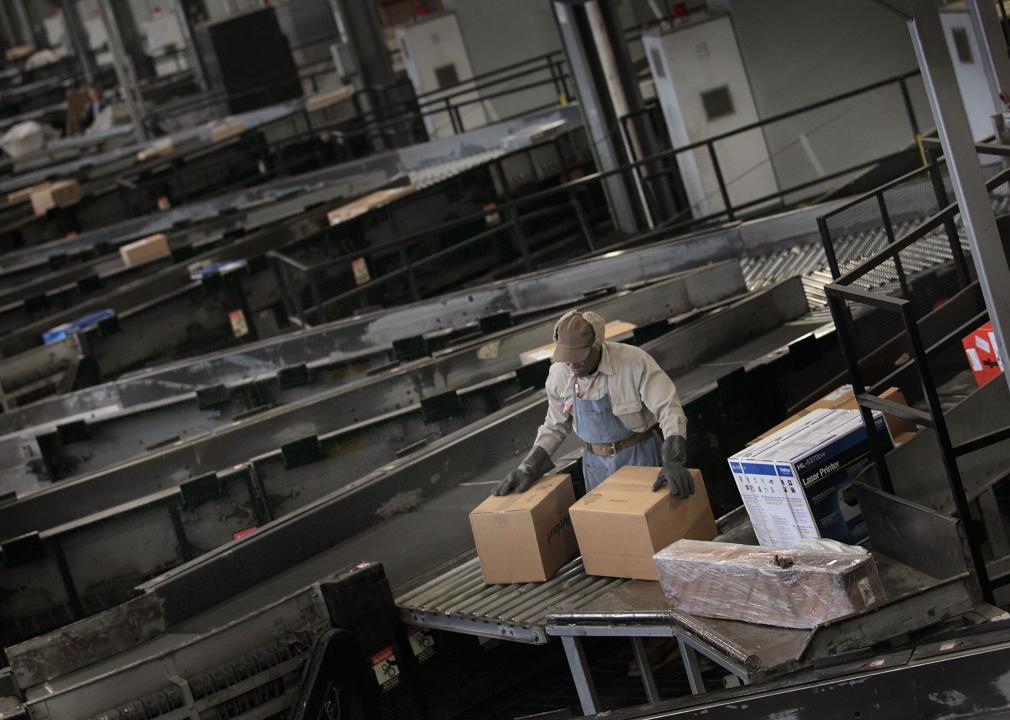 Georgia-based UPS is a behemoth shipping and logistics retailer with more than 5,200 store locations. Hundreds of thousands of UPS workers are represented by the International Brotherhood of Teamsters union.

The company announced a $3 per hour pay cut for its more than 200,000 part-time hourly workers in February 2022. The cuts eliminated the raises awarded to employees in 2021.

The company’s profit in 2021 exceeded $10 billion, a record for the company and a massive increase from the $4 billion to $5 billion profit UPS made pre-pandemic. 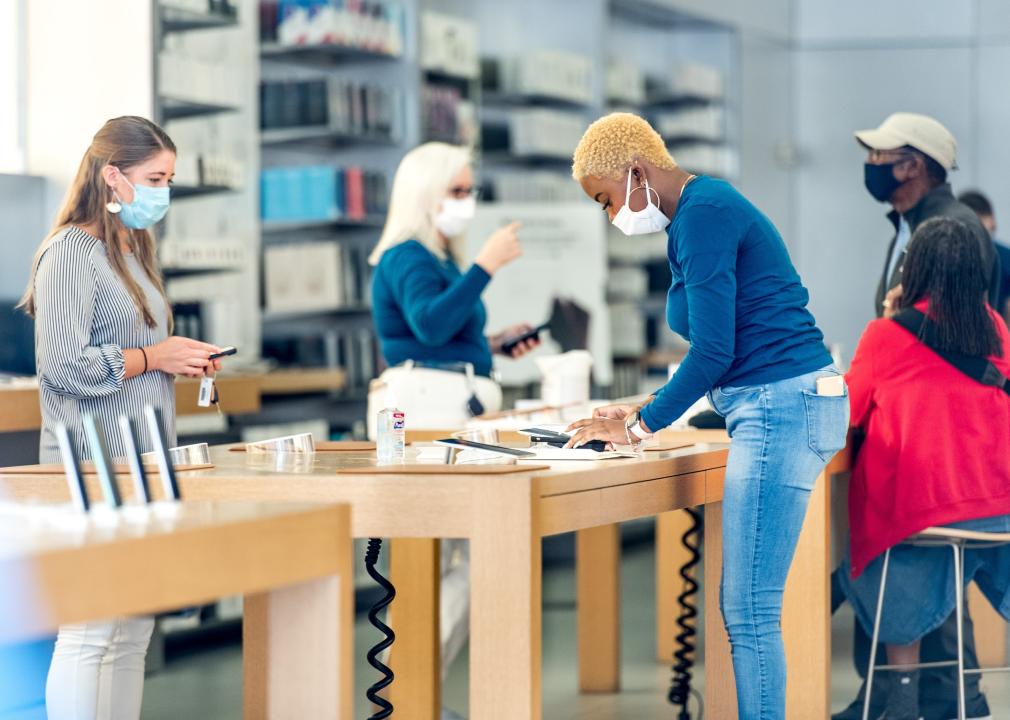 All the top 10 largest retailers pay employees well above the federal minimum wage of $7.25 per hour established in 2009, but Apple’s median employee compensation according to SEC filings sits well above the others. The company’s median employee in this instance is full time, and may not work in a retail position given California-headquartered Apple is a massive tech company.

Apple maintains a much slimmer portfolio of brick-and-mortar stores than other traditional retail companies. The consumer tech giant’s nearly 270 U.S. stores employ just under half its total workforce.

At least some of the nearly 65,000 retail employees at Apple are working to unionize staff at stores in multiple states, including Georgia and Maryland. Those workers lament the pressure inflation has placed on their wages, which they call insufficient. Discontent over compensation at Apple’s retail stores relative to the company’s lucrative revenues stretches back at least a decade.

Since 2021, Apple has offered its store employees 10% pay raises, one-time $1,000 bonuses, and increased benefits. The company claims it achieved gender pay equity in 2017, but it opposed a shareholder proposal that would have forced the company to publish an annual report on pay equity across race, gender, and other demographics.