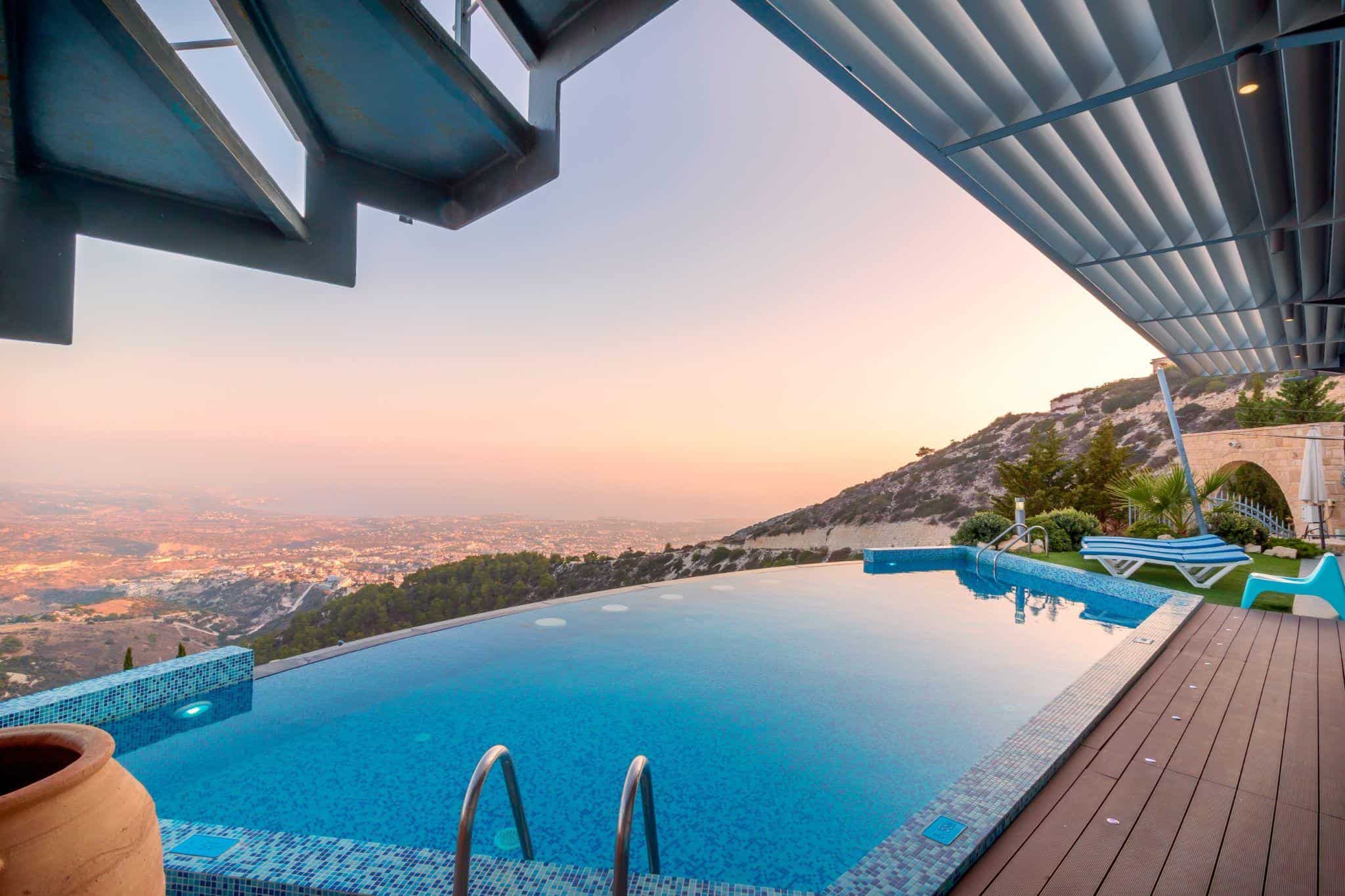 Do you believe there is no place like home? For most of us, “home” evokes feelings of belonging and comfort. For some people, “the bigger, the better.” Curious about the biggest houses in the world? Read on.

While houses have similar functions worldwide, different cultures have varying ideas and standards about the form, including their physical size.

Hong Kong residents, for instance, live in homes with a 484 square-foot average. That is about a quarter of the floor space of the average house in the United States (2,261 square feet).

But then, there are those whose finances and preferences favor a bigger scale: palatial houses with hundreds of thousands, even millions of square footage. We have prepared a list of the largest homes around the world.

The Biggest Houses: Owners and Reasons

The wealthiest people in the world have the most expensive houses. That is because they are simply able to pay for all that luxury. Mansions, penthouses, and chateaus are owned by wealthy CEOs, highest-paid athletes, celebrities, tycoons, presidents, royal families, etc.

While the world’s wealthiest 1% may have different reasons for having or building huge houses, everybody has one thing in common: people want to live a life of comfort.

It seems ingrained in most people’s minds to strive to own or build their dream home. The bigger, the better.

All the best things in the world will be available to you within arm’s reach. For example, a car garage, a swimming pool, a wine cellar, a tennis court, a pantry, a panic room, a beautiful garden, spacious bathrooms, a basketball court, a cinema, a bowling alley, an elevator, and more. The list of options is never-ending.

The only factor in such cases is how much money you have. There is no shortage of millionaires and billionaires in this world. With such a fortune, you can spend loads of money to make your life as comfortable as possible.

What’s the Biggest House in the World?

You’re probably wondering what the biggest house in the world is. The biggest and most expensive property on this list is the Istana Nurul Iman Palace, located near the capital of Brunei.

It holds the title of the biggest privately-owned residence in the world. The Sultan of Brunei resides in this palace, and it is one of the world’s costliest houses, with an estimated price of 1.5 billion dollars.

The cherry on top: it has five swimming pools and air-conditioned stables with 200 ponies.

Leandro V. Locsin was the lead architect responsible for designing this magnificent and expensive house.

Top 10 Biggest Houses in the World

Everyone dreams of owning a big house. You often hear of celebrities purchasing expensive homes worth millions of dollars, but have you ever thought about how big these houses are and who owns them?

As mentioned above, the Istana Nurul Iman Palace, located near the capital of Brunei, holds the title of the biggest privately-owned residence in the world.

The Sultan of Brunei, Hassanal Bolkiah Mu’izzaddin Waddaulah, resides here. The property is valued at $1.5 billion.

The world’s second-largest house belongs to Mukesh Ambani, the wealthiest man in India. Its estimated building cost is around $2 billion, second only to Buckingham Palace.

More than an estate, the Antilia looks like a futuristic tower in the middle of Mumbai. It is a skyscraper with 27 floors and stands around 173 meters tall. It covers an area of 400,000 sq ft with a theater that can accommodate 80 people, three helipads, a 168-car garage, a snow room, a spa, multiple swimming pools, nine elevators, an air traffic control room, and a temple.

The architects responsible for this colossal structure are from the famous Chicago-based firm Perkins and Will.

Currently, a tourist attraction, the Biltmore Estate in Asheville, North Carolina, was built by George Washington Vanderbilt II in 1895. The Vanderbilt’s fortune came from ships, railroads, and real estate.

This mansion has an estimated value of $37 million and is currently owned by Bill Cecil Jr. Combined with the value of the total land surrounding it. The property is worth a total of $101 million. The architect for this estate was Richard Morris Hunt.

You can live on or have your wedding at this estate as long as you pay for it but beware: it isn’t cheap.

Located in Sao Paolo, Brazil, the Safra Mansion was built in 1895 and is owned by Vicky Safra, who purchased the home with her husband, Joseph Safra. She’s been the property owner since he passed away in 2020.

The Safras are a banking family that likes to keep to themselves. So, it’s hard to find much information about their residence. The mansion is estimated to contain 130 rooms and indoor and outdoor swimming pools.

The Safra Mansion is one of the most expensive properties in the world, with an estimated value of $750 million.

This grand mansion sits on 5 acres of land in Highgate, North London. Initially built in 1920 by architect George Hubbard for soap magnate Sir Arthur Crosfield, Witanhurst has an estimated value of $450 million.

The Witanhurst mansion was forgotten and neglected till Russian businessman Andrey Guryev bought it in 2008 and completely renovated it. Witanhurst covers 90,000 sq ft. Its three floors have 65 rooms, a theater, a swimming pool, sauna, massage parlor, dining room, parking, and a Chinese room.

Covering an area of 85,000 sq ft, the Palace of Versailles-inspired mansion in Windermere, Florida, is owned by the CEO of Westgate resorts, David and Jacqueline Siegel.

While Modern Versailles was completed in 2019, construction started in 2004. Some legal issues needed to be resolved before the building could be completed.

This mansion has 11 kitchens, 14 bedrooms, six swimming pools, two tennis courts, an arcade, and a 30-car garage. The architect was Rick Brautigan. Its estimated value is over $100 million, which makes it one of the most expensive homes in the United States.

La Reverie is a beachfront home located in Palm Beach, Florida. It is owned by Sydell Miller, co-founder of Matrix Essentials.

It covers an area of 84,626 sq ft, and it faces 350 feet of oceanfront, which gives it the most breathtaking view imaginable.

La Reverie has a basement and ten bedrooms spread out over three floors. Its total value comes in around $110.3 million, making it one of the most expensive houses in America. The total land on which this mansion is built is approximately six acres.

Located on the French Riviera in France, Villa Leopolda was built in 1931. Covering an area of 80,000 sq ft, the estate is isolated and peaceful due to its location.

The Brazilian billionaire Lily Safra inherited this luxury real estate from her late husband, banker Edmond Safra, before selling it in 2008. This residence is a 19-bedroom home with a helipad, a theater, 14 bathrooms, 12 swimming pools, and an outdoor kitchen.

This mansion has a fascinating history. King Leopold II of Belgium originally built it before he gifted it to his mistress. During World War I, it was used as a military hospital.

The palatial estate has a price tag of $750 million, making it one of the most expensive houses in Europe.

The One is one of the most elegant names for a celebrity home. Situated in Bel Air, Los Angeles, California, this is the house of Nile Niami, a film producer who now works in real estate development.

Built in 2013, The One covers an area of 100,000 sq ft. The architect responsible for this serene piece of work is Paul McClean.

The estate has 20 bedrooms, 30 bathrooms, a casino, a theater, a swimming pool, an 8,500-sq ft nightclub, and many additional features.

Once valued at $500 million, it was one of the priciest homes in the United States. As of March 2022, Nile Niami’s The One went up for sale in an auction and sold for ‘just’ $126 million.

Lastly, we have the nuclear bunker-inspired house of astrophysicist Steven Huff, who worked for the US Central Intelligence Agency (CIA). In 2008, he started construction; his idea was to build a place that would be virtually resistant to everything from natural calamities to bomb blasts.

Frequently Asked Questions (FAQs) about the Biggest Houses in the World

What is the Biggest House in the World?

Istana Nurul Iman Palace, located in Bandar Seri Begawan, Brunei, is the biggest house in the world. It is the official residence of the Sultan of Brunei and the seat of the Brunei government.

Who Has the Biggest House in the World?

The biggest house in the world is owned by the 29th Sultan of Brunei, Hassanal Bolkiah Mu’izzaddin Waddaulah.

What is the Biggest House in the World Called?

The biggest house in the world is called the Istana Nurul Iman Palace. Translated in English, it means, “The Light of Faith Palace.”

Where is the Biggest House in the World?

Istana Nurul Iman Palace, the largest house in the world, is situated on the rolling hills along the Brunei River southwest of Bandar Seri Begawan, the capital of Brunei.

How Much is the World’s Biggest House?

Knowing about these beautiful houses and their impressive sizes and features gives us a peek at how the wealthiest people live.

While size may not matter for some, the owners of these beautiful homes thought otherwise. They live in the biggest houses around the world that make up the most expensive real estate worldwide.

These homes are probably incredible to live in but imagine the hefty property taxes! Let’s just say that if these owners have a multi-million dollar home, they can probably afford their taxes as well.

Many of us will never live like the ultra-rich, but it’s fun to have a sneak peek into the lifestyle and the luxury that surrounds them daily.